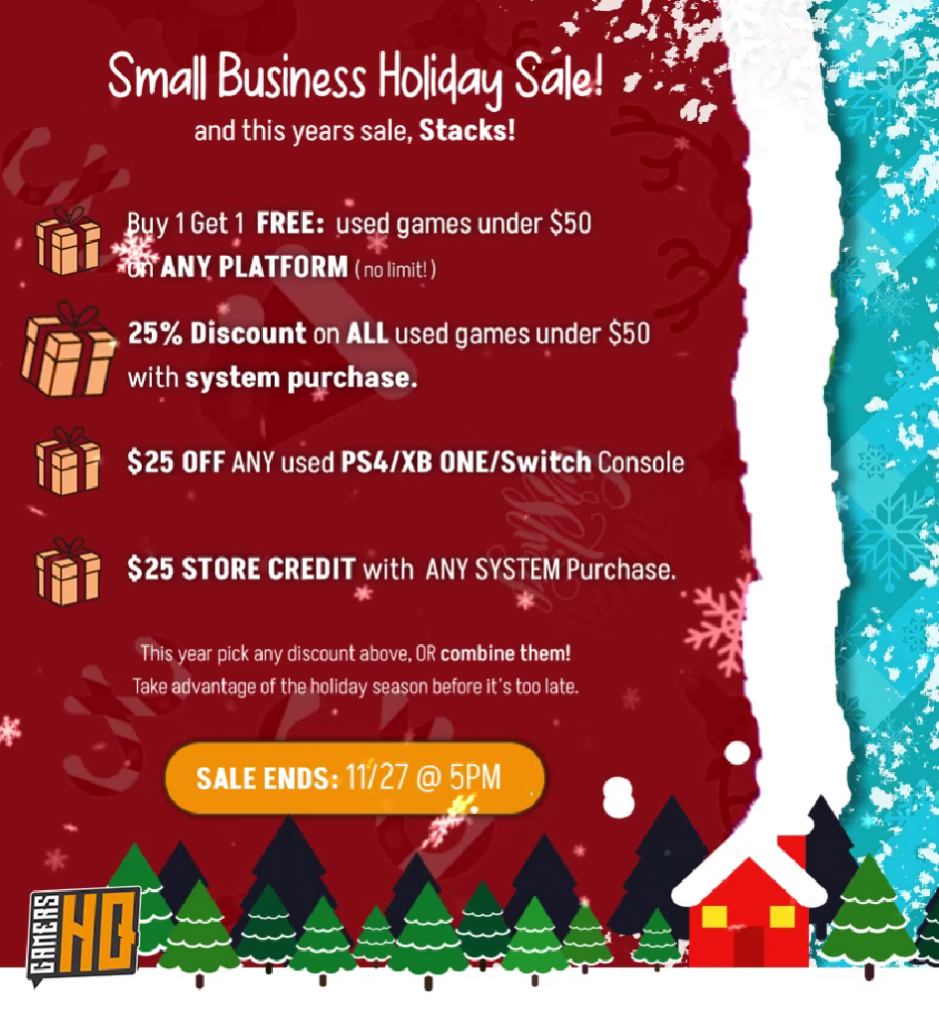 It’s that time of year & we’re celebrating all week long. WE WILL BE CLOSED THANKSGIVING AND BLACK FRIDAY From: 11/21 – 11/27 (MON-SUN. CLOSED on Thursday and Friday) celebrate Small Businesses with our best deals, and even stack them together! Take advantage of any of these deals, or combine them together… ——– Buy 1 […] 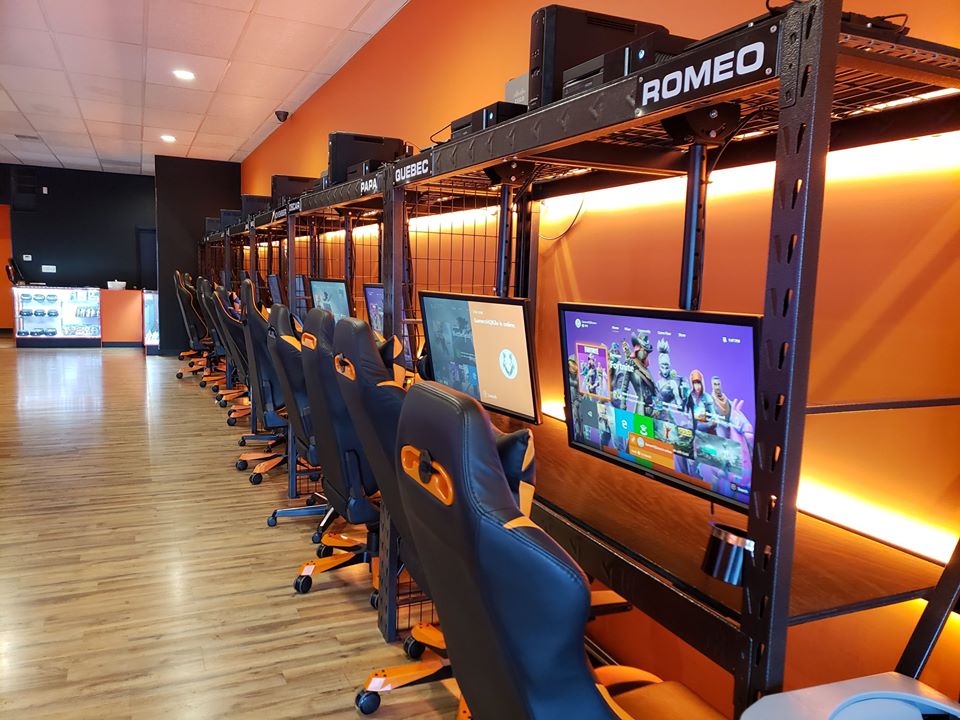 Hey everyone! Gamers HQ has been getting a massive amount of new things happening behind the scenes, and we want to re calibrate some of the ways we do things, which at this time means taking down the ability to buy games online. We apologize for any inconveniences to our friends in far away places […]

Get Magical with GamersHQ and the Great Overland Station 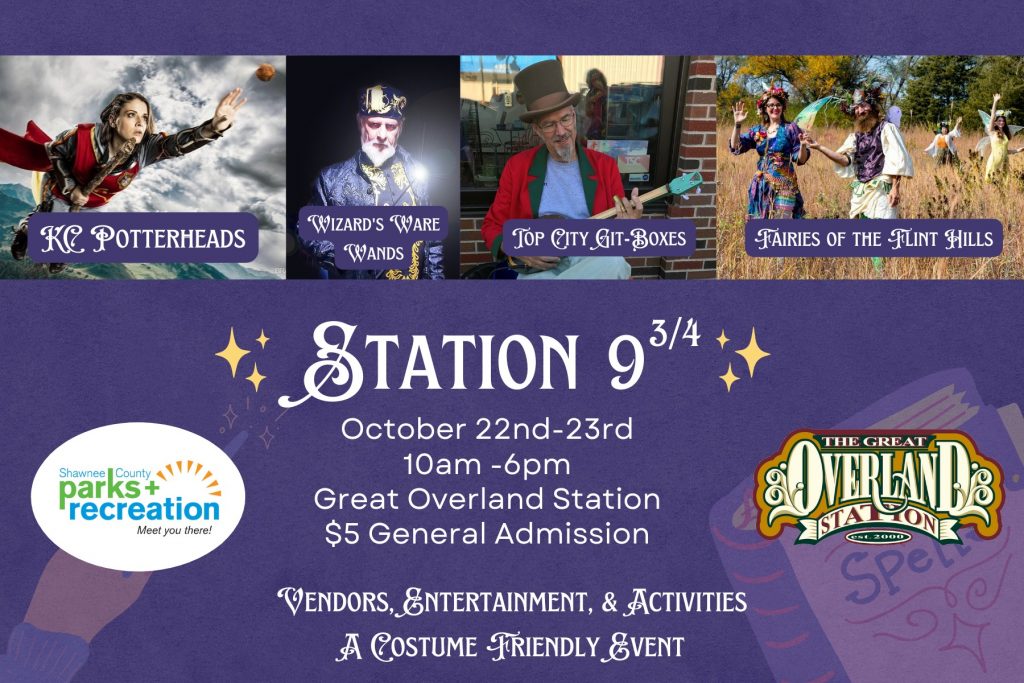 On October 22nd-23rd, the Great Overland Station is Hosting a magical Harry Potter event: Station 9 3/4, featuring various groups such as the KC Potterhead’s, Wizards Ware Wands, Top City Git-Boxes, Fairies of the flint hills, and tons of activities during the day that are sure to lift your magical affinities into the harry potter […]

Catch Gamers HQ at Boo at the Zoo 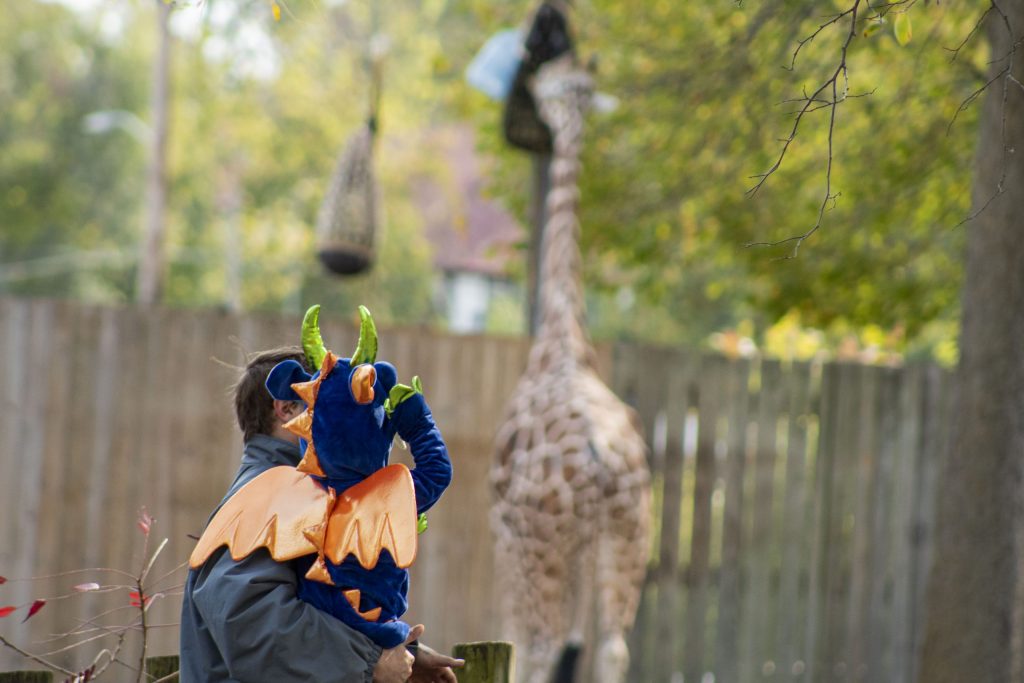 Gamers HQ has a huge schedule for spooky season, on top of that list is our setup for Boo at the Zoo on October 22nd, from 9am-3pm! Be sure to stop by with your family at the Topeka Zoo, if you’re coming through and get some candy from us, try your hand at “boo toss” […]

With us getting in a new guy, and Gamers HQ getting ready to push into events again – It’s time to discuss a feature I hope you will all enjoy, the Leaderboards. Leaderboards were an idea we always wanted to implement to host bragging rights for our best gamers, but not just with standard tournaments! […]

Another Cyberpunk title on the horizon 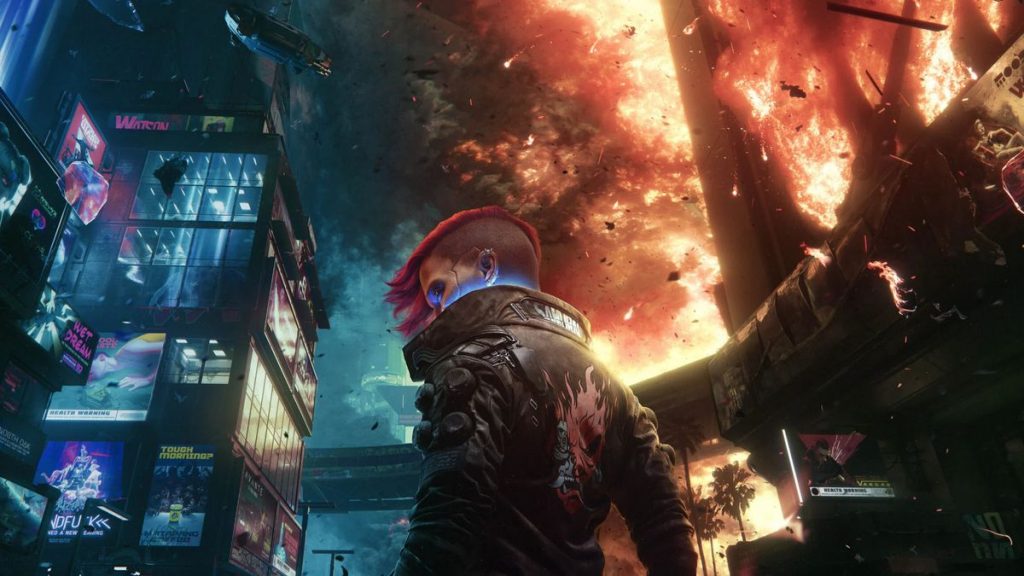 Cyberpunk 2077 is on its way, according to CD Projekt Red. The developer made the announcement via Twitter, saying that Cyberpunk 2077 isn’t anywhere near being over. CDPR VIA TWITTER: “We decided to develop one major expansion for Cyberpunk, which is going to take advantage of all the capabilities of the new-gen consoles. Having said […] 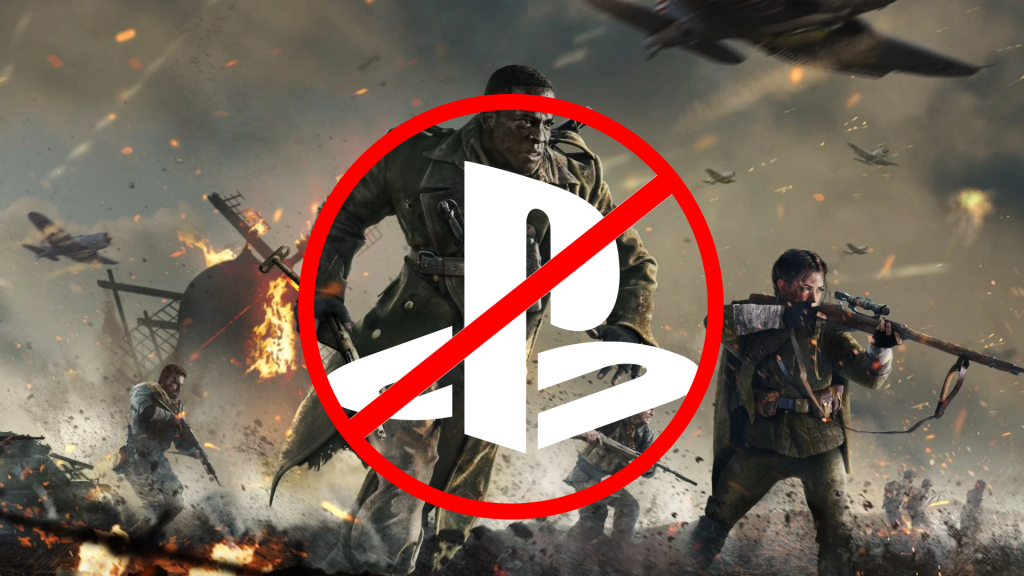 The call of duty community has been in a frenzy recently, as rumors have surfaced that the popular game may become an Xbox exclusive. This all started when Microsoft announced that they had signed a contract with Sony to keep Call of Duty on PlayStation for 3 years. However, Xbox president Phil Spencer later clarified […] 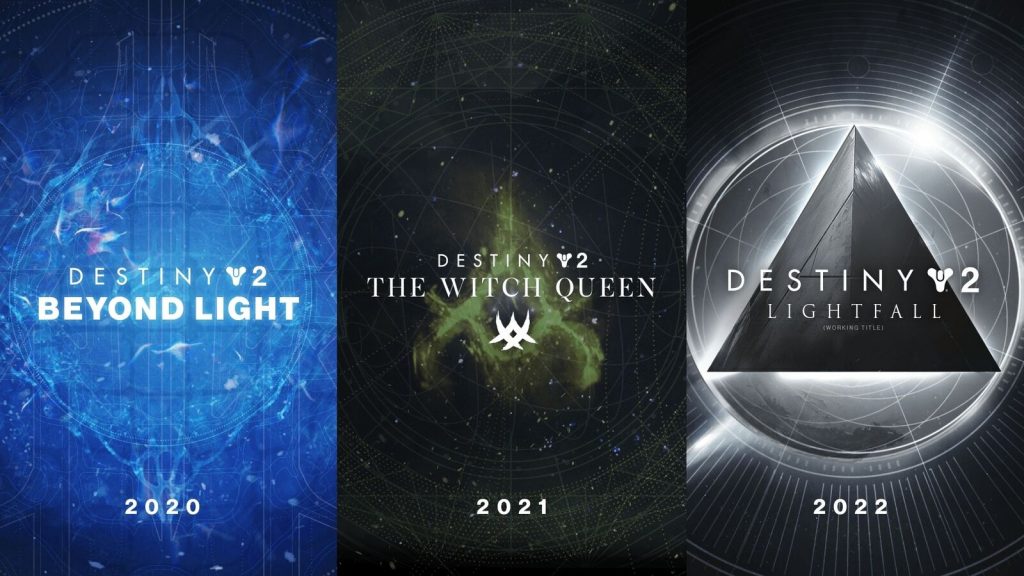 Destiny was released on September 15, 2017, so this year marks its five-year anniversary. In that time, there have been three expansions released for the game: Curse of Osiris in December 2017, Warmind in May 2018, and Forsaken in September 2018. The next expansion, Lightfall, is set to release on February 28, 2019. So far, […] 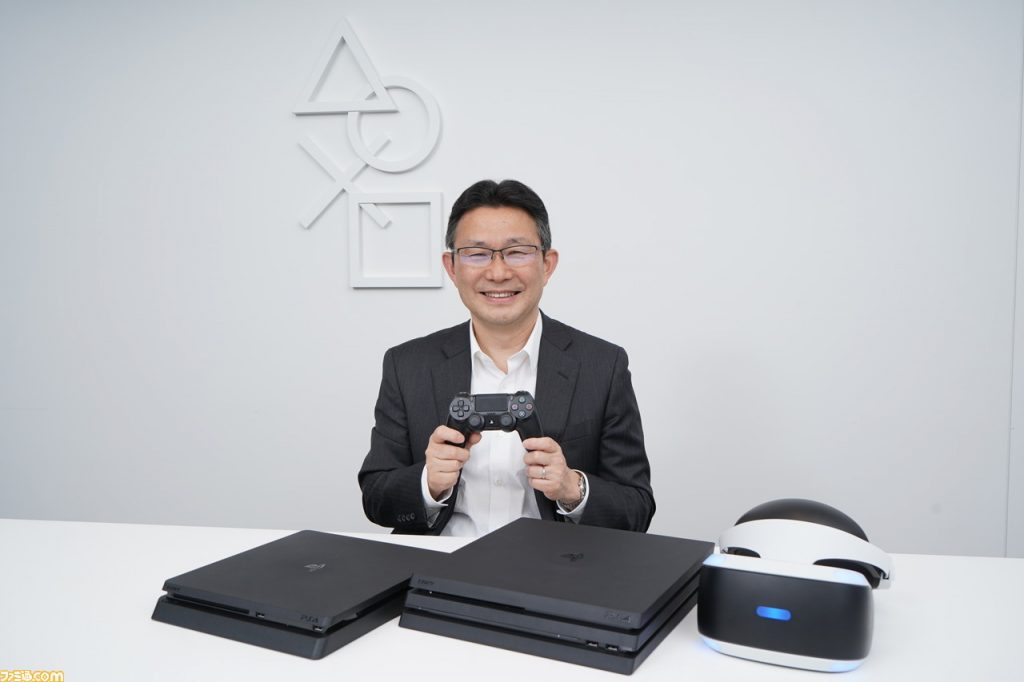 Masayasu Ito, the lead hardware engineer for PlayStation consoles since the PS4, is retiring next month. 60-year-old Ito has been with Sony since 1986 and has led hardware engineering for both the PS4 and PS5. Tao Lin, who is currently the director, will be taking over Ito’s role as deputy president and representative director of […]